It’s 2021, the years that passed by, featured women fighter pilots, women in space making moonwalks, women in power heading the most powerful nations, in finance making tough financial decisions. The years have been all about women taking charge, changing the world.

Contextually, India takes pride in the gradual but deep-rooted progressions made in the sex parity front. Rising sex ratios are quantifications we most comfortably rely upon, but at the end of the day these are just figures, aren’t they?

With tears rolling down her cheeks and her lips trembling, Meera laid down on a bed in a room filled with the smell of trauma and pain.  The past few years flashed before her eyes. She remembered the day when her now-husband, Sameer, had come to see her in the village. “He is a very understanding guy. He is kind. He will keep you happy,”she was told by voices surrounding her. She remembered her vivid thoughts when she said yes to the prospect of marrying this guy. They were primarily, how since he was educated, seemingly wise and lived in a city, he would take care of her and would be understanding. But now, today, sleeping on the bed, she realized how wrong she was. The realisation was heavy and painful. She slowly began thinking of how things went downhill from the day she thought would be the happiest day of her life.

“I am pregnant,” Meera exclaimed to Sameer.

“Wait, are you sure?” Sameer had asked with eyes gleaming with excitement.

“That’s great! Let’s go to the doctor tomorrow for a check-up”

The following morning, the couple filled with dreams and happiness had stepped into the hospital.

An hour and a couple of scans later, the couple found themselves sitting in a room anxiously waiting for the doctor. The doctor came in with a smile and congratulated the couple. The doctor added in a bit of advice on the care that needed to be taken for the child’s health. The couple came home smiling ear to ear and announced the news to the family.

The family was overjoyed when they heard the news. Every member of the family was making their plans with regards to the child. While one knitted clothes, another brought toys. An atmosphere of warmth coupled with excitement settled in everyone’s hearts. After all, the couple had been trying to conceive for a long time and were blessed with a child after many years.

In yet another general check-up after the first trimester, there hung a board that read in bold “Strictly following the Pre Natal Diagnostic Technique Act 1994, our centre does not indulge in sex determination of the foetus.” However, Sameer, reluctantly so, could not resist asking this one question. “Doctor, I am going to be the father of a boy, right?” The doctor was startled. She said, “Why is that important? And it’s illegal for me to check for that under the laws. Didn’t you see the board outside?”

The doctor proclaimed, sensing his intentions, “For your information Sameer, Section 6 of  THE PRE-CONCEPTION AND PRE-NATAL DIAGNOSTIC TECHNIQUES (REGULATION AND PREVENTION OF MISUSE) ACT, 1994, clearly prohibits the determination of the sex of the foetus. Any attempt to do so is a punishable offence.”

Sameer in an unflinching manner said, “Oh come on! I know what you are talking about, but, it is necessary for me to know the sex of my child. Having a girl would be unsuitable, almost a matter of shame.  Society would laugh at me. And also what is the point of having a girl child? It would be a burden on my shoulders.”

Despite Sameer’s frustration, the doctor refused to indulge in the illegal practice of sex determination.  She said, “So what would you do once you know the sex of the baby?   Let me warn you right now, any action in the direction of harming the baby or harming Meera in order to abort the foetus will make you a criminal.” The board that hung outside the clinic saw various cases, successful deliveries, complications, this was certainly not the first time someone put forth such a shameless request to this clinic. Here it was, yet again.Things just seem to get worse with time. After returning home, Sameer made a couple of calls. He came back and said with a smug. “That doctor acted all moral and upright. Now, I found a doctor who will tell me the sex of my child.” Meera was mortified. Her heart whispered, “You know what will happen to your child if it is a girl.” With a trembling voice, fearing that her heart will be true, she said, “Why are you so adamant on this? Why not be happy with this blessing? The husband turned around and said,” Don’t talk as if you don’t know the ways of the world. If a girl is born, how is it a blessing? I want to make sure that this is a blessing.”

“But, all these years, we pined for a child. How does it matter if it turns out to be a girl? It is still our child.”

Sameer was now visibly annoyed, “Of course. It is nice for you. You don’t have to go out and earn. But I am worried about the costs I will have to incur to provide for a girl. And after all that, what is the point? She won’t carry on the name of the family. Beyond all that, I will have to give dowry to marry her off. Aren’t these reasons enough to want a boy?”

In a quiet voice, Meera asked, “What will you do if it’s a girl?”

“For obvious reasons, I will get rid of it before it is too late.”

The next day, Meera’s fears came true. It was a girl child. But, she desired the baby. She could not let the child die before it sees the light of this world. She had to do something.

Meera tried pleading with her husband as he went about arranging for an abortion. She argued about the fact that a boy and a girl were equal. She kept emphasizing and reemphasising the fact that a girl has a lot of potential too. However, Sameer was clouded with ignorance. He wanted the abortion to be done no matter what.

Meera was very scared at this point. She didn’t know what to do. She knew that if she spoke against her husband, she would be frowned upon. She shuddered at the thought of her family’s reaction if she goes against her husband. She did not even know if her parents would agree with her on this. She tried thinking of someone who would stand behind her after she took such a drastic step. She could not muster the courage to go to the police.

She could hear someone else weeping along with her. Someone smaller, someone softer. She looks around and realizes that it is her unborn child. She could feel her heart melt with every weep that she heard. Her child seems to say “Don’t I have the right to see the world? To dream? To hope? To aspire? It has been proven time and again why a woman is equal to a man. But, is there a need to achieve something to live? Don’t girls have a right to life on par with boys? Aren’t we entitled to the same world?” 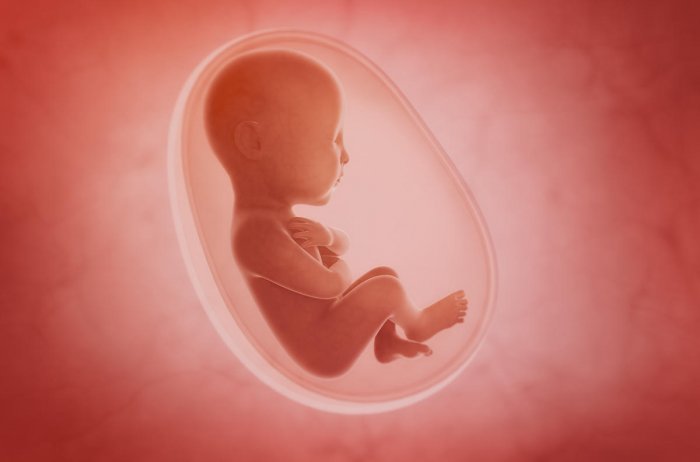 Meera felt very ashamed listening to these words. She didn’t stand up for her child even before it was born. She had to stand up not just for her daughter, but for herself too. She couldn’t do that to herself. She could not allow people to bully her around into this, even if that person is her husband.

Meera with shaking hands reached out for her phone. It was time for her to take a stand. She quickly scurries across the room, to avoid being heard or seen by her husband. She found a contact of the doctor who had initially refused to conduct the sex determination test. She heard a familiar voice on the other end. With a heart filled with desperation, she began begging the doctor for help. She could feel her desperation roll down as tears. She prayed in her heart for an intervention from the doctor. Slowly in a shaking voice, she fills the doctor in. Meera calmed down when the doctor said she will protect the foetus, no matter what. The doctor arrived at the mother’s house with the police. Sameer made attempts to refute the facts. The police found the reports of the sex determination test. The doctor was filled with anger at the audacity of the father. She said in an angry tone, “. It is a matter of shame that India in 2021, still deals with patriarchal perceptions in the background of a technologically sound world. The fragile bubble of seemingly stable scenarios of reducing gender gaps and improving sex ratios come crumbling down when one looks at such incidences.”

The police Inspector said in a strict tone, “the Pre-natal Diagnostic Techniques (Regulation and Prevention of Misuse) Act, prohibits strictly the determination of sex of a foetus.  And also, Sections 312-316 of the Indian Penal Code (IPC) enumerate consequences of miscarriage and death of an unborn child, the penalties range from seven years to life imprisonment for fourteen years and fine. And mind you, since your wife, does not seem to consent to these actions, as per Section 313, you will be liable to pay a fine along with life imprisonment or imprisonment for 10 years. All these laws have been enacted to tackle the diminishing/disproportionate sex ratio of the country and to provide an equal right to live to a girl. Any attempt to circumvent them, as you did, qualifies one as a criminal.”

Meera heaved a sigh of relief for her child and herself, as she heard sounds of people taking Sameer away.