Inequality is the root of all social evil.

Tanya got her entrance exam results seven days before her birthday. She was looking forward to celebrating her 18th with her best friend, Sachi. She had great plans for the coming year, determined to go to college with Sachi and take the world by a storm together.

Tanya was mildly aware of her social identity as a member of the Dalit community, but she learnt the meaning of ‘Scheduled Caste’ as a part of her entrance exam result. She was ecstatic about her entry into a top tier college and quickly called Sachi. This call turned out to be her first real interaction not as Tanya, but as a member of the reserved category with her best friend. Sachi did not feel that Tanya deserved to be in the same place as her and that the misery of oppressed communities was the tacit linkage of caste with merit – a myth perpetuated by privileged castes to discredit affirmative action measures such as reservations in educational institutions.

Tanya’s parents kept her away from all the horrors of social discrimination they faced in their lives. In school as well, the caste of a student was never discussed. In our history textbooks, caste was only mentioned in passing references. They did not study anti-caste struggles and movements. Instead, they enthusiastically discuss reservation without understanding the need for affirmative actions.

Tanya entered the college with a fresh mindset, extremely joyous to be amongst the best of the students in the country. She looked forward to learning and growing in this big institution full of opportunities. This did not seem to be the case when she realized that her caste identity would become her entire social identity. On her first day, Tanya was provided a dorm room which she planned to decorate to the best of her imagination. She made a few friends around her dorm and was extremely fascinated to meet them all. Later in the day, she met someone in the mess and became friends with another girl who asked for her dorm room number. As soon as Tanya told her dorm section, the other girl made a snide remark saying “oh you are from that dorm”. Tanya soon realised that all her neighbours belonged to the same community. It was common practice to segregate students in the dorms based on their caste identity.

Similarly, the upper-caste students were used to throwing around their caste symbols in casual or academic conversations. She learnt that the caste has personalities. Dalits are stereotyped as submissive and docile and are not expected to be assertive. This social stereotype due to thousands of years of exploitation, exclusion, humiliation, and servitude at the hands of Upper Caste people.

Tanya observed continual perpetration of these stereotypes which led her to start questioning her own merit and capabilities. She fell prey to self-devaluation tendencies wherein she started to devalue herself as an individual or as a group and accept imposed inequalities/injustices as legitimate, fate-based, or God-made. She often experienced that her classmates did not take her seriously or pay heed to her opinions. This tendency of self-devaluation affected all aspects of her personality and group behaviors.

Once, upon asking some of her classmates to participate in a competition team, Tanya got rejected because they felt she did not stand at the same levels in the college. Soon, this became a regular practice and turned her friendly attitude into a submissive and fearful one. Avoidance of classroom interaction and lack of assertiveness, and feeling of helplessness in the face of prejudiced and discriminatory behaviors of Upper Caste are some of the common symptoms of this tendency.

As she went home for the breaks, her parents soon noticed the lack of self confidence in their daughter. They were surprised because they have rarely seen moments where Tanya was in such low spirits. With time, Tanya opened up about how she felt she did not deserve to have good things in life and college showed her the reality of life. Tanya’s parents were shocked to the core to see their precious daughter in such a state. But they knew this feeling well enough as the society continued to torment them into remembering it.

Tanya’s parents made sure that Tanya learns that she is a well-deserving individual who deserves the same opportunities as any other student in the world. They gradually taught her about the rights affirmed by the constitution of India and the efforts of several Dalit leaders who changed the course of history by standing up for themselves. This filled her with a new confidence to handle life from a stronger perspective. She made it her mission in life to never let anything similar to anyone on her watch, with her parent’s help she registered a formal complaint in her college and made sure that the students and the administration were held accountable for creating such an enabling environment for caste-based discrimination which were against the guidelines issued by the University Grants Commission for prevention of caste based discrimination in higher educational institutions. The guidelines are as follows:

Tanya also learnt that the constitution has bestowed upon her fundamental rights to protect her social identity. There are several laws prohibiting caste-based discrimination. 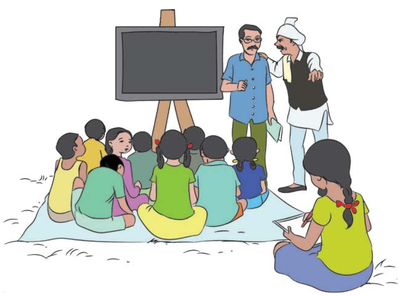 The Protection of Civil Rights Act, 1955

The Protection of Civil Rights Act, 1955 punishes offenses that amount to the observance of “untouchability”. These include, inter alia, prohibiting entry into places of worship, refusing to sell goods or render services, insulting someone on the basis of his or her caste etc.

The Scheduled Castes and Scheduled Tribes (Prevention of Atrocities) Act, 1989

The greatest deficiency of the Protection of Civil Rights Act was the fact that abuses against Dalits were not limited to name-calling or denial of entry into public spaces: violence was a defining characteristic of the abuse.

Furthermore, India has also ratified several International Conventions, which impose an obligation on India to ensure equality, such as:

International Convention on the Elimination of All Forms of Racial Discrimination, 1965

Article 6 of the convention states that the State party [should] continue to and strengthen its efforts to improve the effectiveness of measures aimed at guaranteeing to all groups of the population, and especially to the members of the Scheduled Castes and Scheduled Tribes, the full enjoyment of their civil, cultural, economic, political and social rights.

Article 26 of the ICCPR guarantees the right to equal protection before the law and prohibits discrimination on any ground including, among others, race, sex, religion, political or other opinion, social origin, birth, or other status.

Despite so many laws in place, discrimination against Dalits is still rampant in the country, there is a need to spread awareness and sensitise people to the plights of the Dalits. Moreover, better implementation of the existing laws is also needed. It is our responsibility as a society to uplift the weaker sections of our community and protect their rights in every manner possible.